117 years ago my grandmother was born :) As I am going through my mom's things, I got to have this wonderful photo taken by my grandmother of my mom and her sisters at the beach; I just love it. 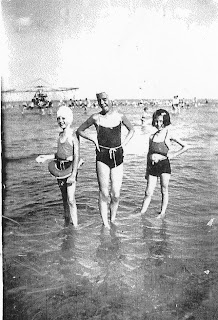 I've got a jammed pack summer still left ahead; hope your summer goes swimmingly too ;)

I love music, all kinds of music. It's always been tough for me

I love music, all kinds of music. It's always been tough for me to answer, what kind of music do you like Sue because really I like a bit of everything. When I first started out working right after college, one bit of music I did NOT listen to a great deal to at the time was gospel music, and yet soon after I started working I found myself producing a relatively small gospel music program for several years. After being taken to several of the local churches and exposed to that joyful sound, I had a whole new appreciation of what passion meant, of what it means truly for the soul to sing in a different form than what I normally listened to. It was with great sadness now I learn that the host, a friend that I had long lost touch with has passed away and I am mourning her passing. Her gift to me was someone to laugh with, talk with, sometimes frustrating, sometimes uplifting, sometimes giving me a kick in the butt when I needed it, and the first time she took me to one of her local church where they made a beautiful joyful noise unto god, I felt just like this character here from this film: a bit oblivious, seeking searching and then I heard a joyful sound. Godbless my friend and farewell and I hope you are surrounded by non stop glorious music, and the sound is wonderful.

An Exposure of the North is Really Good Thing

Flipping through the new issue of EW today, I was delighted to see a piece (scan here on my flickr) that marked the 20th anniversary debut of one of my all time favorite television shows-Northern Exposure (v.good fansite here). Such genius show, such excellent writing, hilarious offbeat, with flawed humanly identifiable characters all perfectly played, I just loved it.

It was almost too like a sign, most most welcome in its embrace, because as one door is now forever shut, many have opened up in the best possible way ever, and light pours in where it was once dark. I have such optimism again, hope for the future, forgiveness over the past, and embracing seeking this light. Im certain I wrote about this episode before on my old LJ, but so so soooo fitting for now. 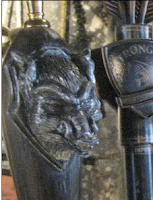 A followup today regarding one of my favorite subjects-beer :) namely the Hog's Head Beer at the Wizarding World of Harry Potter. Thanks again to Jenifer from Party to the Parks who left a comment on another post that states she thinks the beer might be Anheuser Busch's "Red Amber". She writes that "Red Amber was previously exclusively marketed as Darden's (Red Lobster, Olive Garden etc.) own brew and isn't available at other bars, grocery stores or liquor stores. It makes sense, the rest of the rail is InBev, and I do remember Darden's very hoppy beer, Red Amber, wasn't my favorite either. But it's been too long since I've tried Darden's to definitively state they're the same beer."

THANKS JENIFER! Really appreciate you looking into this and letting me know!! :)

Aw. well still worth a try I guess but as a rule I dont care for AB products, although some beers carried as part of their InBev line are beers that were created brewed by others and are now distributed /owned etc by the mega beer company. As it is a holiday weekend, here are some fun & cool quotes from the founding fathers on the joy of beer! Have a blessed fun and safe 4th of July, cheers!

"Beer is proof that God loves us and wants us to be happy." —Benjamin Franklin

"There can't be good living where there is not good drinking." —Benjamin Franklin

Beer, if drank with moderation, softens the temper, cheers the spirit and promotes health.

Ah mail time! Tis a bright sunny day, life is moving forward in such a positive healthy direction, and a nice holiday weekend arrives today...along with several back to school catalogs in the mail, and a reminder about the annual Christmas Holiday Ornament event at Hallmark :D I love the holidays, my collection of Dept 56 villages is something I 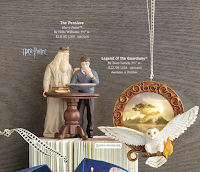 cherish and enjoy a great deal, as well as those ornaments. Checking out the new dream book preview for this year's items, I see not only the HP one (with DD and Harry and the Pensieve) but also one for the Guardians of Ga'Hoole movie. My son LOVES these books, and the newest trailer, while glorious in the amazing artwork and creation for the owls, is just ok. I hope it wont be a disappointing adaptation like Last Airbender is turning out to be *woe*

Speaking of July and things for a holiday wish list no doubt, we will also be seeing news & pics no doubt of some of the new Museum Replica pieces (makers of some FABULOUS Tudors gowns, just gorgeous!), including a special Harry Potter item made for Comic-Con. Their blog notes that at CC, they will have on display "our new complete Harry Potter line of movie quality replica clothing, Iron Man 2 items and much more. Yep, we're going to dazzle you if you go.We'll be giving away money (well, gift cards with $10-$100 on them) plus a Harry Potter special hand out made just for Comic Con." Awesome! Hope those going have a great time, should be a wonderful line up of events (no more LOST tho, sadness) 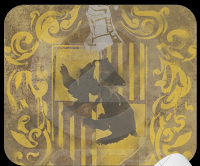 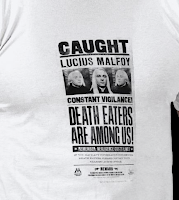 Merch alert! As a followup to an earlier note here, Zazzle has now opened their official Harry Potter store with items for shirts, stamps, mugs, posters cards, mousepads much more...for all four houses ie not just Gryffindor and Slytherin which are nice but also HUFFLEPUFF AND RAVENCLAW items! Praise be! Frankly, in a step above are some of the crests, esp for Hufflepuff in a more antiquarian look which I quite like. 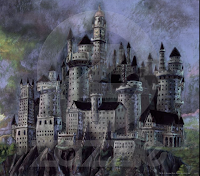 Movies up to HBP are now available (Deathly Hallows is no doubt to follow soon) as well as loads of "phrases" including things like Beaxbatons, Alohomora etc. Notable is the
categ

ory of Hogwarts at night, with three different castle prints available, quite nice. Also, those Fawkes items are GORGEOUS! Now, we just PLEASE PLEASE WB need QUIDDITCH items for the rest of the houses (not just Gryffindor). Anyway, tis a good start, lots of nice items you can customize at a lower, more reasonable price point, bravo!


Ps...I admit, I am momentarily giddy at this but you can buy
HUFFLEPUFF POSTAGE STAMPS :D 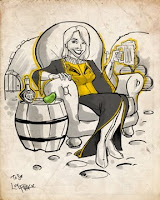 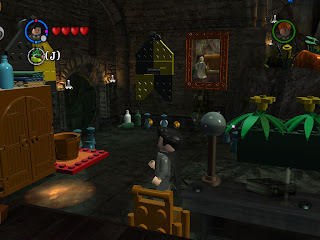 Look what arrived in my mailbox-an amazing day/week/month brightener if there ever was.... 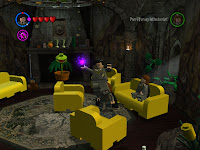 te, so cannon, so what I wanted and hoped for with wee round barrel shaped doors, yellow puffy chairs (just like the one Frak drew too!) lots of green plants, lovely, slightly mess with bottles galore lol, very friendly 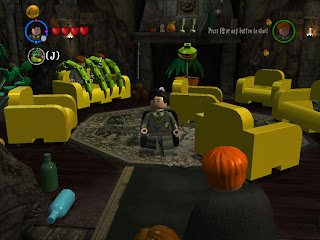 leafy environment (kinda like the Swiss Family Robinson environment of Hogwarts ;) and nary a ballpit in sight hahahaah Once again all my dreams about what the Hufflepuff common room are well envisioned here AND heee Hufflepuff TRULY is THE PARTY HOUSE WOOOOHOOOOO! :))))) 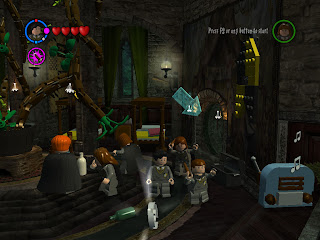 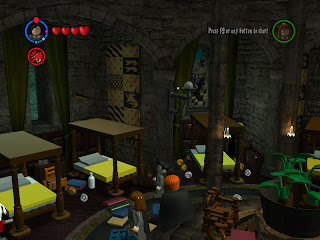 Thank you so so much to my dear friend and fellow Hufflepuff Erna who went to great trouble to get to the point in the game to bring us these caps
GOOOOO HUFFLEPUFF!